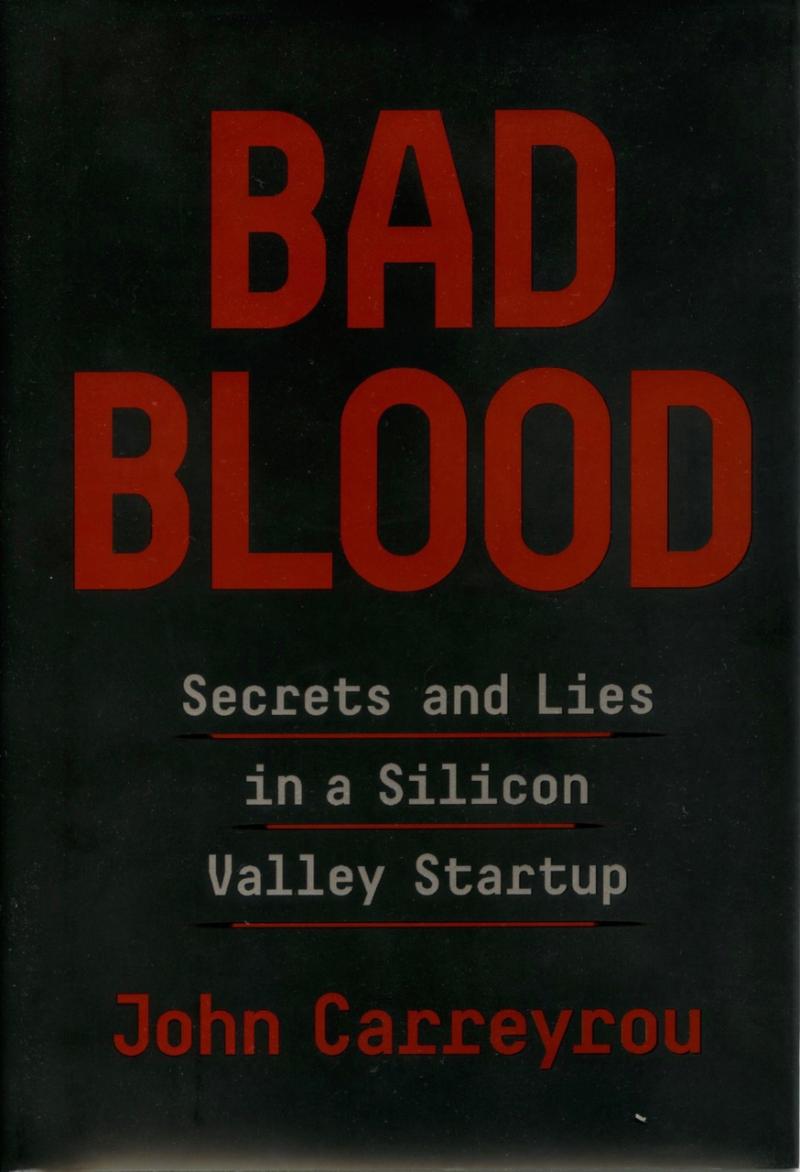 If you’ve watched even a smidgen of TV lately, whether via dinosaur broadcast or what kids today call streaming, you’ve likely seen the face of Theranos founder Elizabeth Holmes plastered on the screen. ABC’s 20/20 did a two-hour expose called The Dropout, HBO released the remarkable documentary The Inventor, and YouTube brims daily with news on the infamous entrepreneur, yet for the full sewer crawling experience you might be best off reading John Carreyrou’s Bad Blood. Over nearly 300 pages, the two-time Pulitzer Prize-winning Wall Street Journal investigative reporter reveals the maddening details of how she pulled off the great rock n’ roll swindle by charming countless old dudes all too giddy to back a young woman with big blue eyes and an even bigger idea: testing blood through simple and relatively painless finger pricks with sleek mini-lab devices fashioned for every countertop and corner pharmacy. Some – often referred to as scientists – knew that her mission was truly impossible and that the technology wouldn’t work, but hey, that’s a pesky detail when you’re tearing up the path to fame and fortune while defrauding investors of hundreds of millions of dollars.

A funny thing happened on Holmes’ quest to becoming the next Steve Jobs: she ensnared a gaggle of accomplished (albeit non-medical) men – with surnames like Kissinger, Shultz, and Mattis – to join her Board. Rupert Murdoch invested $125 million with minimal due diligence. As for corporate partners, Safeway’s CEO Steven Burd was “starry eyed about the young Stanford dropout and her revolutionary technology” and feared missing out being a part of her mission. As she evidently did with all these suckers, Holmes built a direct line of communication with Burd, taking full advantage of his passion for preventative health care coupled with the pressure to differentiate the grocery chain. Safeway loaned the startup $30M and committed to massive renovations of its stores to accommodate for fancy new clinics featuring blood-testing services on Theranos devices. Burd had meandered too far from the core business of hawking groceries and was fired soon after. In a gut punch reveal, his subsequent attempts to rekindle a professional relationship with Holmes led to nothing but unreturned phone calls, the author painting him as a pathetic has-been. Walgreens’ executives, tired of getting stuffed into lockers by the larger CVS, gambled heavier and lost even bigger, ending up with customers furious over false test results and lawyers steeped in litigation with the would-be healthcare partner.

Carreyrou stops just short of calling Holmes a sociopath, likely because he doesn’t need to; any dimly lit bulb can draw that conclusion. What he does do – and here is what makes the book special – is a gleeful takedown of one Sunny Balwani, Theranos’ former president, COO, and chief storm trooper. Balwani was wholly unqualified to co-lead a biotech firm but had the ego and fake-it-’til-you-make-it ethos to know enough to be very dangerous while “barking orders and dressing people down.” The reader (this one, anyway) can’t shake the image of Burgermeister Meisterburger, a stop-motion sadist steamrolling the siloed minions of Sombertown. Some staff found ways to goose Balwani by including his botched technical jargon in PowerPoint presentations and intentionally misusing terms to goad him into doing the same, all for much needed amusement in a toxic, revolving door environment. These passages lighten the mood a bit as we root for the little people and celebrate the eventual whistleblowers who helped flatten the company atop its cheating executives. The book ends before former business (and secret life) partners Holmes and Balwani are federally charged with wire fraud. With millions of pages of evidence to be processed through government discovery, this story will drag on for many months. It’s easy to hope the pair will end up imprisoned, easier still to imagine they’d spend the bunk time plotting their returns to unicorn status, staring ever skyward, sleepless with cold commemorative eyes.