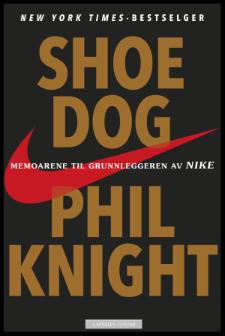 Of all the indelible memories from my nine years of Catholic elementary school – including being spittled upon, brow beaten, and thrown down flights of stairs by various demonic nuns – few stand out as much as the morning Richie walked in wearing a gleaming pair of Nike Cortez. Already the owner of the cool straight-leg Levi’s with the orange tab, this popular kid immediately made my low-top black Chuck Taylor knock-offs look even more ridiculous. Lusting after those perfect white leather sneaks with the red swoosh shaped me (how – and why – else would middle school chicks look my way, right?). Little did I know all that was sacrificed and gambled by Phil Knight, co-founder of Nike and author of the resplendent Shoe Dog, to bring such fashion statements to market. Self-described as shy, Knight more than put himself out there in the world, leveraging all he had (and that his father would lend) to bring the dream of an athletic-themed business venture to fruition. Not since Frank McCourt’s Pulitzer Prize winner Angela’s Ashes have I read this riveting a memoir crammed with such memorable, clever characters worth rooting for.

The book spans 1962 – 1980 with a chapter dedicated to each year, revealing a true entrepreneurial tale. The early days were riddled with adversity and for each small win – like selling every pair of Onitsuka Tigers that Knight could afford to distribute out of his Plymouth Valiant – there was a crushing setback, largely at the hands of commercial (read: as opposed to investment) banks. Fifty years ago, a standard issue 9-to-4 banker’s “myopic focus was cash balances,” according to the author. They aimed to house-break him but Knight was loath to be caught on the “roadside littered with cautious, conservative, prudent entrepreneurs.” He had other plans, namely aggressive growth and confesses to making a habit of kowtowing to the bank… and then doing whatever he wanted, opting to beg forgiveness rather than seek permission. Pushing the Bank of California too far, Nike was thrown out and had to stare down fraud allegations and a threatened FBI investigation. Knight found ways to fight sleepless nights to feel his way through the unfamiliar maze. It’s these sorts of revelations that make this such a gripping read; you come to realize how much gamesmanship goes into growing an international enterprise, holding Peter at gunpoint one minute, sating Paul the next, all while battling a hated rival (Adidas) and jealous upstarts with their dirty anti-competitive tricks.

And Knight hardly did it alone. The best takeaway here is the power of building a great team, one not necessarily comprised of MBAs sent by Central Casting. A distance runner at his beloved University of Oregon, the author partnered with his legendary coach Bill Bowerman on a handshake, the two sharing a maniacal focus on wholesaling then manufacturing the best shoes for their ilk. Full Time Employee No. 1 Jeff Johnson zig-zagged the country as the ultimate whatever-it-takes foot soldier, obsessing over minutiae in long, daily letters to Knight (who hilariously wouldn’t reply). Bob Woodell managed his fate in a wheelchair and dislike of Johnson to contribute mightily, whether running sales or operations and, like his nemesis, did so cheerfully when (re)assigned on no notice to the West Coast or New England. And true characters Rob Strasser and Del Hayes, both now deceased yet somehow still larger than life, brought their heft and keen perspective on the law and finance to, um, round out the crucial executive team. Buttfaces, as they all became known to each other. Knight does a bit of humble-bragging and dedicates nary a few pages to the infamous sweatshop factory controversy, but what comes across in full color are the memories of a likable, flawed human smart enough to surround himself with folks who could match his intensity, stick-to-itiveness, and dedication to excellence (including reparations made for said workplace transgressions). Call ’em a rabid, drooling pack of shoe dogs. Just don’t call ’em late for dinner.