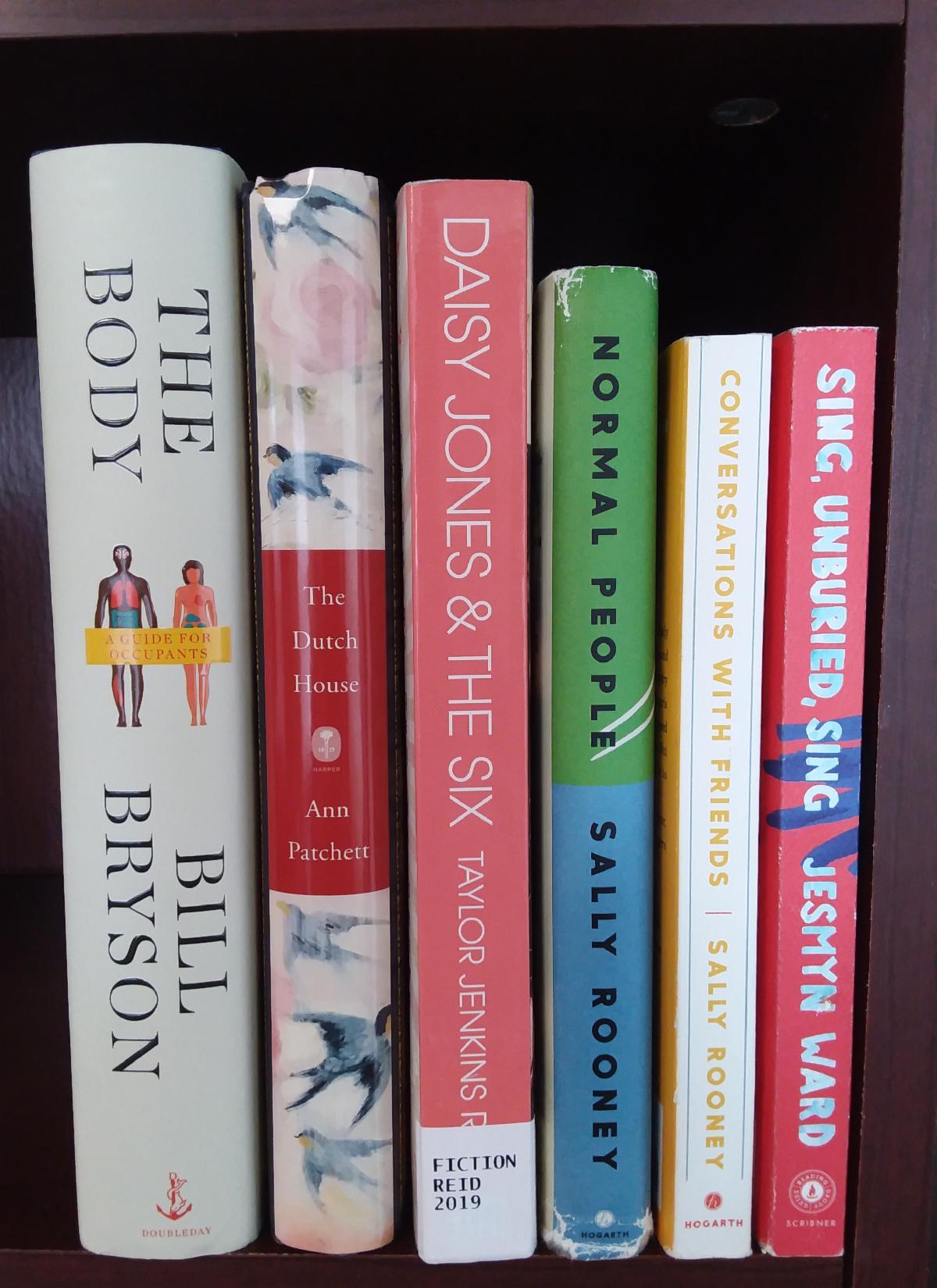 The last thing anyone wants to hear about in July is a business book, right? To wit, below are a handful of books for pleasure I’ve found to be every bit worthwhile. May you enjoy any of them during your downtime.

The Dutch House by Ann Patchett – As she proved again recently with her novel Commonwealth, Patchett is a master of the family drama. This one – spanning decades and centered on the unshakable bond between an abandoned brother and sister on a mission to needle their loathsome stepmother – features a monster suburban Philadelphia mansion and a couple of jarring surprises. With tension building throughout, it can easily be eaten in a few big shark bites.

Daisy Jones & The Six by Taylor Jenkins Reid – Read this one in about 24 hours which would shock Sr. Helen Margaret if she weren’t still very dead. Where the ruler-wielding nuns couldn’t get me to speed read with comprehension, Jenkins Reid has in telling the story of a singer strategically partnered with a band to make one classic rock album. Say Fleetwood Mac released Rumours, embarked on a chaotic tour, and then broke up with the landslide of seamy details confirmed decades later in interview format. Think Behind the Music in book form but if you don’t get to it, have no fear: Reese “Do You Know My Name?” Witherspoon is developing it for a small screen near you.

Normal People by Sally Rooney – The rare novel that is perfect yet maddening enough to repeatedly put aside. Rooney is not quite 30-years old and may already be the literary voice of her generation, albeit through stylized conversations sans quotation marks. Her central characters and theme – boy meets girl, boy loses girls, boy are they both deeply damaged goods – can frustrate the reader, what with their inability to clearly communicate. This one is now a limited Hulu series, brilliantly conceived by the author herself and worthy of a summer weekend binge (no spoilers, but the book’s ending is just better).

Conversations with Friends by Sally Rooney – Yes, Rooney’s so talented that you might also order up her debut. Frances and Bobbi are fledgling poets who become ensnared in the open, crumbling marriage of an older couple. Come for the steam, stay for the wax & wane of female friendship. Before you accuse me of being a dirty old man claiming to read Playboy (still a thing?) for the articles, as the father of Millennial daughters I appreciate the terrific insights into how some young women make their way through the world. That it’s also a multiple award winner is a bonus.

The Body by Bill Bryson – Bryson made sense of the universe with A Short History of Nearly Everything and he’s repeated the feat explaining the human spacesuit. Cheekily subtitled “a guide for occupants,” this one tackles what the author terms “little ball[s] of possibility” from head to toe, what should go in and (yup) come out. Imagine a medical book brimming with tales of zany scientists solving bodily riddles and you’ll get the idea (count your blessings you didn’t have gallstones a couple hundred years ago). Equal parts informative and enjoyable, you’ll amaze at the next cocktail party with newfound factoids. (Henry Heimlich, known for that maneuver? Yeah, dude was a total fraud.)

Sing, Unburied, Sing by Jesmyn Ward – No doubt you too have learned quite a bit this quarantine about yourself, the American experiment, and our shared society. Some of us now know not to ask a person of color to explain their experiences; it’s on white folks to do the work. And if you’re saturated with (insert your go-to news sources here), reading Ward’s 2017 instant classic could prove as beneficial as the bevy of non-fiction choices on race topping bestseller lists. This three-generation tale of a Black family in Mississippi kicked my ass over the few weeks spent trying to fully appreciate it. Part road trip, part ghost story, it’s a haunting look at troubled families, incarceration, bias, hate, regret, loss, and ultimately hope, all woven into the author’s Gulf Coast twister spun of poetic prose. Please just try and convince me the relationship between Riv and Richie didn’t break your heart.

Chris, You caught my interest with this list. I am a Bryson fan starting with “Walk in the Woods” and “In a Sunburned Country.” Look forward to this one.

You’re the second person to recommend “Walk in the Woods” today. Will check it out. Thanks, Mark!

Rob T! Hope you can find that time soon. Of all these, I think you’d enjoy “Dutch House” or “The Body” most. Appreciate you reading along…