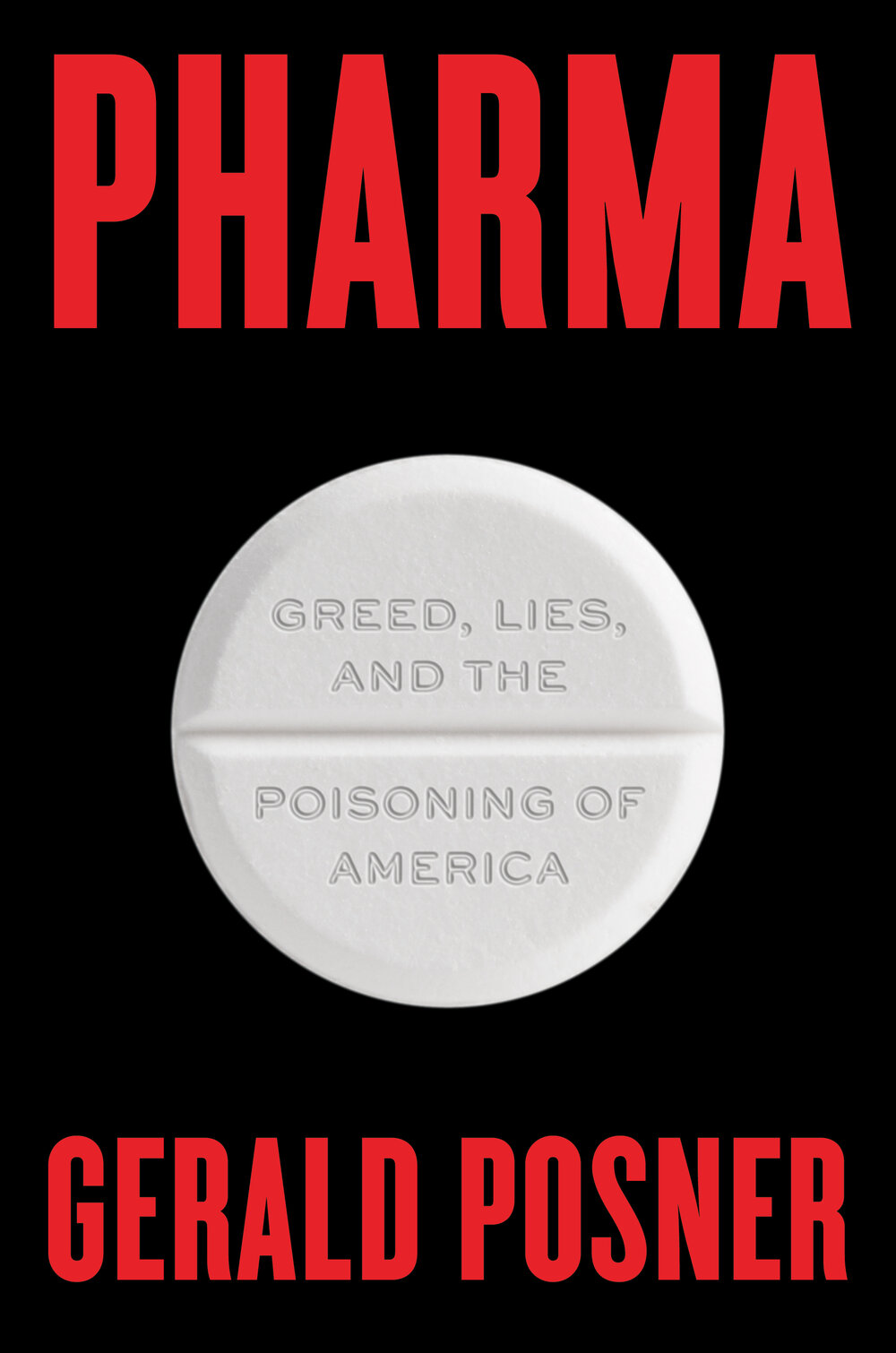 On the same day I prepared to review Pharma by Gerald Posner, I tested positive for COVID-19 (or what the wittiest among us call Corona). Figure I had it coming for one of three reasons:

Regardless. While over its 530+ pages this is a takedown of industry players – most notably the purely evil Sackler clan of Purdue Pharma infamy – Posner also reveals in fine detail how world events and plodding bureaucracies helped spur “huge profits while also creating tens of millions of dependent patients waiting for the next pill to solve an ever-expanding range of illnesses and disorders.” Super.

The Sackler family history is a genuine jaw dropper. Opportunists to the core, the original three brothers (all medical doctors) on a mission to hit it big in drugs leveraged relaxed governmental standards in the wake of wartime penicillin programs. Ringleader Arthur, who was also an ad executive (odd, right?), blended the perfect concoction of forming clandestine corporations, burying folksy physicians in an avalanche of marketing literature, and – crucially – pocketing the FDA’s antibiotics chief as his personal medical journal editor. The fix was in: the boys and their partners would develop drug programs, get cozy hospital connections to produce favorable reports, write enticing ad copy published in their own journals, and plant articles through their PR organizations. It’s breathtaking trying to process the global shell game being played through dozens of entities either owned or controlled by the Sackler empire – so many the founders had lost count (think about that) – and it’s thanks to the author’s journalistic diligence that it becomes even somewhat comprehensible.

Arthur’s lording it over baby brothers and cash-strapped museums speaks to the megalomaniac he was, craving idolatry and philanthropic fame that would outlive him. But that’s child’s play compared to the next generation’s mid-90’s release of Oxycontin a full nine years after Uncle Artie dropped dead. Other than tried-and-untrue marketing campaigns, which had evolved from mailers & ads to “detail teams” (relentless high-pressure sales weasels), the single key to that blockbuster’s success was masking opiate addiction levels. The book paints the insatiable Sacklers’ unconscionable behavior and “the extent to which Purdue had targeted poverty-scarred working class whites in rural America as a prime market.” Oxycontin was already a $1B annual drug in 2001 when the FDA’s labeling update regarding pain management opened the floodgates to the ongoing catastrophe, inviting Big Pharma to push opioids the world over. It’s gut wrenching to know how so many of the hundreds of thousands of deaths could have been avoided, as if we needed another such lesson in 2020. The reader is left sorting through the skull-imploding details on pharmacy benefit managers, patent protection loopholes, DOJ deal cutting, wrist slap fines, and of course no jail time for any of these white collar kingpins. The book is a staggering presentation of a broken model. You may just be driven to drink. Or, you know, worse.

Is heroin a better alternative? Oxy filled the demand. It’s the same old debate: do guns kill people or people kill people…. same with drugs… I hope that’s addressed in the book.

Bald-faced lying corporate executives have blood on their hands when they a.) aggressively market lethal drugs while b.) outright lying about addition levels and c.) contributing roughly zero to fixing the problem over decades. But I encourage you to read the book and draw your own conclusion, Mark.

Hi Chris,
Hope you are recovering and doing well. Great review and looks like a great read!

It’s a scary read for sure, Pam. Far scarier than my mild symptoms. 🙂

This little gem landed in my inbox the morning of surgery where my pain management treatment consists of Oxy.

Please update the side effect list to include: desire to wear a chicken suit and the uncontrollable need to say bock repeatedly.

Done! Thanks, Karen and heal up quick!

The most interesting disclosure and disturbing news is your positive test result. I will include you in my prayers.

You’re a good man, John. Please know that I’ve recovered nicely over the past week. Much appreciated.

Makes me want to read the book.
Thanks!

Do it, Steve and please lemme know your thoughts. I feel like it’d help if we make a bit of noise about this catastrophe.

Great review of a significant book opening the door to understand the manipulation and seduction of whole populations by Big Pharma. High prices because they spend so much on R&D? Baloney! Compare their spending on ‘sales weasels’ as you so aptly called them. Even honest pharma sales execs recognize they have 2 to 3 times as many reps as they should have – and pay them better than any other industry because otherwise no one would take the job. There are many good and well-intentioned people in pharma, seeking to make a difference in the world. For every altruistic, caring pharma professional, hundreds more would never do the work – especially the political arm-twisting, advertising, selling sales reps a pile of go-get-em – without getting paid ridiculous amounts of money. Where does that money come from – the US, with 4% of the population, contributes about 50% of pharma’s revenues. Why – because they buy Congress. There are more pharma lobbyists than there are members of Congress – spooning big dollars for friendly votes.

Terrific, thoughtful commentary, Steve. I really appreciate you weighing in with these helpful observations. Well said!