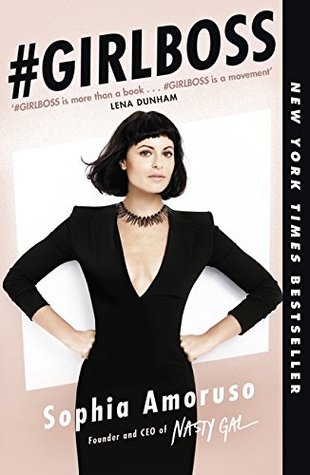 And now for something completely different. Who quotes Abbie Hoffman, Oscar Wilde, and Kim Gordon in a business book, while also noting her one-time Syd Barrett haircut? Sophia Amoruso, that’s who. Shine on, you crazy diamond indeed! References to revolutionaries, poets, and artists aside, in her New York Times bestselling memoir #GIRLBOSS the author outlines the improbable rise from erstwhile eBay seller – something she “originally started so I wouldn’t have to talk to people” – to CEO of the $100M+ clothier Nasty Gal, which she founded. That the company fell on hard times in recent years and had its assets sold from under a bankruptcy cloud is beside the point; this is a spirited, fun read written by a true badass who shares bizarre stories, meaningful lessons, and rules relevant for entrepreneurs both brand new and grizzled.

The book covers a span of key topics, perhaps the most important of which is the hiring and firing of humans. Amoruso considers herself “completely unemployable” so starting a business appeared to be her only option, but rapid success meant a crash course in the art & science of staffing. “We were hiring like crazy and getting tons of attention from the press and starting to get noticed by investors,” she recalls in Chapter 6. Alongside daily operational crises and outside demands on her time was the need to consistently interview for a variety of positions, including filling roles in the early days in shipping and copywriting. One early warm body in the former role had never used a computer before and another in the latter didn’t like to, um, spell-check. The author’s storytelling style is both humorous and helpful as she reveals what have become her rules for interviewing, hiring, and firing. Sure, you may know how to use appropriate small talk on a phone screen or handle getting shit-canned, but do your kids? (Like Jon Bon Jovi has done his entire career, maybe do it for the kids, yeah?)

About those stories. Amoruso was a handful as a child and a terrible student, the sort of truant who did whatever it took to survive. She dug through the trash for food, shoplifted carts of goods, and hitchhiked up and down the West Coast, including on a Greyhound bus (yup). The reader is left at a fork on the literary road: shelve this one out of disgust over such depravity or tear through it in celebration of this clever, odd (and now law-abiding) duck. It says here this is an easy choice, at least for those who root for underdogs. If you too can draw inspiration from an accidental entrepreneur who’s forced to bootstrap an operation because no sane lender would back her start-up, there’s gold to be mined in them San Francisco hills. “I had to bust my ass and make [Nasty Gal] profitable from day one,” she writes. In this age of so-called dry powder with scads of money being thrown the way of wacky founders who can’t spell “corporate board governance” never mind practice it, Amoruso’s scrappy approach is both timely and refreshing.